← more from
Seeing Red Records
Get fresh music recommendations delivered to your inbox every Friday.

Temple of the Fuzz Witch

by Temple of the Fuzz Witch 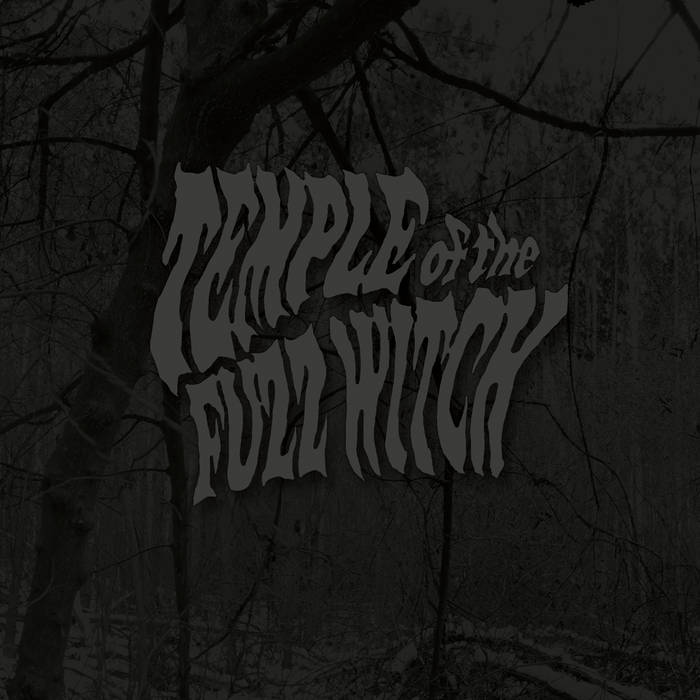 Marcy D'Arcy Crank up that fuzz and distortion to 11, then let the riffs melt your face. Doom as it should be, with Satan glowing in a greenish mist, knowingly looking on.
Thanks for this killer album. Favorite track: Bathsheba.

Sonny92 This is Occult Stoner Doom 101 with little deviation from the template pioneered by Sabbath and refined by Electric Wizard seemingly aeons ago. Despite this, it has terrific songs, titanic riffs and a thunderous bottom end, enough to appeal to any real fan of doom metal. Hipsters unwelcome! Favorite track: Infidel.

"Hailing from Detroit, Michigan, TEMPLE OF THE FUZZ WITCH is everything you might imagine that name implies, and then some. Recently featured in our compilation ‘Doomed & Stoned in Detroit’ (2019), which gave us a taste of the band’s eponymous full-length debut with the single, “Bathsheba.” If you were digging that number, with its affectionate Wizard-worship and narcotic fuzz-crazed haze, then this album is going to be your jam for damn sure."
- Doomed and Stoned
doomedandstoned.com/post/183301091108/totfw

"Temple Of The Fuzz Witch is prime Sabbath worship from a band who follow that blueprint naturally but add different elements of their own personality to create a well executed and assured debut album. The riffs that litter the album are immense and elevate the well crafted songs into something that is infinitely great and demonstrate that this is a band with a bright future ahead of them for sure."
- Outlaws of the Sun
outlawsofthesun.blogspot.com/2019/03/temple-of-fuzz-witch-st-album-review.html

" Temple of the Fuzz Witch have made a fucking awesome album. If you like Doom, you will love this. It’s not much of a review. But maybe it is all you need to know."
- Stoner Hive
stonerhive.blogspot.com/2019/02/temple-of-fuzz-witch-temple-of-fuzz.html

"Temple of the Fuzz Witch sounds like it was indeed tracked in a lonesome haunted cathedral.. or Detroit, I guess. Either way, that atmosphere pollutes the record in the best way, making this an essential doom release of this year and one HELL of a debut record. They know what they’re doing and they do it quite fucking well."
- Death Comes Lifting
www.deathcomeslifting.com/temple-of-the-fuzz-witch-2019-album-review

"These are the sounds that made me fall in love with doom in the first place, & the continuation of that god-given tone is truly a delight to behold. A review of Temple of the Fuzz Witch's debut in full shall manifest shortly, but for the time being, we implore you: spend a lil’ precious time with Bathsheba."
- Sleeping Village Reviews
www.sleepingvillagereviews.com/reviews/temple-of-the-fuzz-witch-bathsheba-track-reviewstream

"Flashbacks to Electric Wizard and Monolord among others ooze forth from their debut album’s low to the ground grooves and vocals wailing off in the distance. You’ve heard everything this album does before, but the band manages to sound good doing it."
- Indy Metal Vault
www.indymetalvault.com/2019/02/13/album-review-temple-of-the-fuzz-witch-temple-of-the-fuzz-witch/

Bandcamp Daily  your guide to the world of Bandcamp

Bonobo stops by to talk about his new record Fragments